How to handle conflict with ease in 9 steps 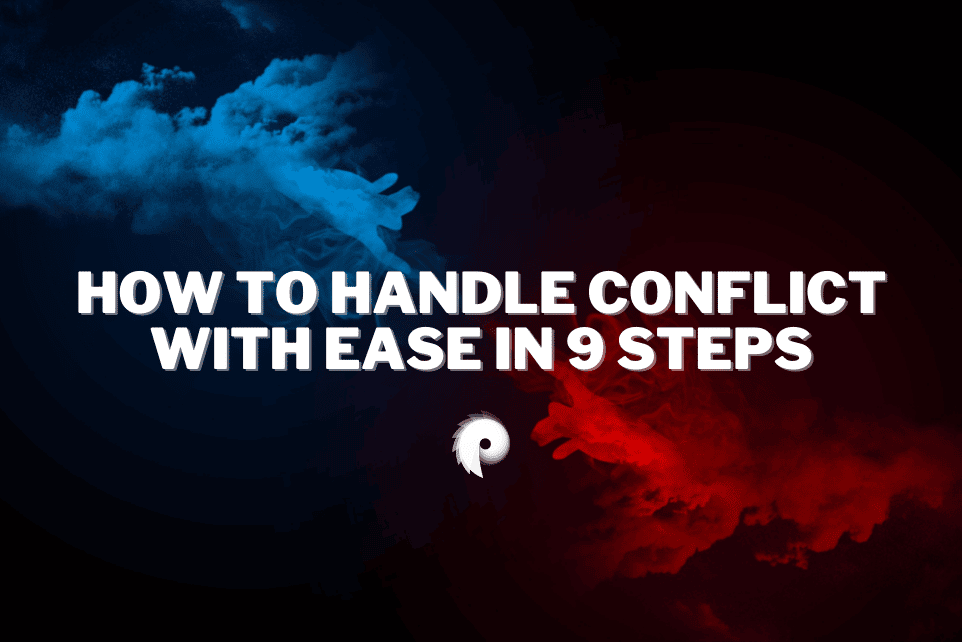 “Arguments are never won if the other person feels attacked or demeaned.”

Even the most agreeable people find themselves in conflict both at home and in the workplace, and with the stresses and pressures of the last year, there has undoubtedly been more conflict in peoples’ lives. Whether it’s the couple in the house together under lockdown or a manager and employee having a disagreement made more frustrating by the distance of remote working, the regular tensions and hardships of life have been compounded by the added stress of what’s currently going on in the world. Essentially, many of us have found ourselves in compromising and revealing situations of conflict.

Previous Pendulum Summit speaker Deepak Chopra MD is an expert in conflict resolution, referring to conflicts as “clash of the egos”. In his work regarding this subject, he shows that it does not have to be a painful, awkward, or embarrassing experience, and that we can instead handle conflict like adults and with ease. Here are his nine steps on how to handle conflicts.

Step 1: Choose if you even want to engage

It’s useless to engage in certain debates. It’s highly unlikely that you are going to change someone’s mind if they still refuse to wear a face mask this far into 2020, for example. There are simply some confrontations that are not worth it.

When these pop up, Mr. Chopra’s strategy is to walk in a different direction: “That’s it.”

And as far as when to call it, he said: “There is no general rule to follow except this: Walk away any time you detect an impasse. Anything else is futile.”

There are certain other tricky subjects, including religion and ideology, that Mr. Chopra said to refrain from when it comes to wading into arguments. (“Ideology is a fixed worldview,” he said. To be open-minded and tolerant “isn’t an ideology, as any sensible person knows.”)

That goes for social media too. If you are gearing up to unleash on someone’s social media feed, you definitely don’t have his support. Take a deep breath and choose to move on. “I don’t engage in arguments. I never respond to critics,” Mr. Chopra said. He doesn’t respond to “flatterers” either. He’s on social media merely to distill information or offer inspiration. But once in a while he will catch a glimpse of a comment under an Instagram post and acknowledge it. “I do respond, but not to the question,” he said. “I respond with an inspiring quote.”

You’ll probably need to release some pent-up resentment that you’ve swallowed from choosing not to engage in your argument. Mr. Chopra said to “sit quietly with eyes closed, take some deep breaths, and centre your attention on your heart. Continue until the residual anger dissipates.”

If you don’t start with an open ear, you’ve lost your opponent. The key is to listen to the other person enough to get to know them in an authentic way — at least a little bit.

“If you’re not aware of what is going on in their mind, in their life, in their relationships, in their personal experience of everyday reality, where is the solution?” Mr. Chopra said. “You’re just going to attack them.”

Listening also allows you, and the other person, to cool down.

Step 3: Learn about the other person’s values.

The simplest way to learn about someone else is to ask about what is meaningful to them. Mr. Chopra has used the following strategy whenever he’s been enlisted to resolve conflicts, even among his highest profile clientele: “I tell them to go out and have Chinese food together and talk about their mother or their father or their teenage years,” he said. “Something that shows you that you are a regular human being and that you can be also vulnerable.” He said that expressing your vulnerability is a sign of strength.

This is the best way to understand a person’s values, which Mr. Chopra defines as core beliefs. “They pertain not to politics, religion, money or sex. They fit the description, ‘Speak your truth,’” he said. “Find your truth before you spout off.”

Step 4: Try awareness and a pause.

Now that you have listened to the other person (and maybe even understand them more), you might be angry. When a person is feeling challenged, Mr. Chopra said a natural reaction is “fight-flight-freeze” mode. This reaction immediately makes it impossible to be calm and calculated.

But there are far more productive approaches. Mr. Chopra said to tackle a disagreement with “insight, intuition, inspiration, creativity, vision, higher purpose or authenticity integrity.” This, he said, means moving past flight-fight-freeze and taming the ego enough to advance to other options. You might call it: Taking the high ground. And, as his latest book “Total Meditation” points out, there are other ways to cultivate these skills besides sitting for a half hour each day to meditate.

Mr. Chopra quoted George W. Bush — “You’re either with us or against us” — to illustrate a belligerent approach to disagreement (and said this type of behaviour is what he often sees world leaders engage in). “It’s like a schoolboy bully in fourth grade,” he said. And you should refrain from it.

To further his point, he highlighted a statement by Nelson Mandela: “Having a grievance or resentment is like drinking poison and hoping it will kill the enemy.”

Step 6: When confronted, stop, take a deep breath, smile and then make a choice.

If someone were to attack him verbally, Mr. Chopra said he might respond with: “I’d like to hear your point of view. I also acknowledge that you are personally insulting me right now. I don’t give permission to myself to be insulted. So thank you for insulting me. But now let’s declare our values and our action plan for those values and get the personalities out of the way altogether.”

He advises cultivating mindfulness to be better at “noticing the instant before you get angry, and then letting the impulse die away before it gains any more energy.”

If someone is attacking you, it is also OK to walk away. “Why not? Bullies need victims, and staying makes you the victim,” Mr. Chopra said.

Mr. Chopra said you can slap another person — figuratively — and they might forgive you, but if you prove them wrong, they’ll never forgive you. Then, nobody has “won” the argument, Mr. Chopra said. The point of disagreeing is not to “win,” but to start negotiating.

Someone who is angry or upset believes they have been wronged in some way. “Recognise that your adversary, either consciously or unconsciously, feels a sense of injustice, no matter who they are,” said Mr. Chopra. You could say: “I recognise that you feel that this is not a just solution for you. Tell me why.” You can probe further with: “‘What are you observing? What are you feeling? What is the need that hasn’t been met because you feel injustice? Maybe I can help you fulfil that need,’” said Mr. Chopra. “It works. I’m telling you!”

He said to consider your own children (or children, in general). “All your kids want from you is to be heard, loved, noticed for what they’re good at and accepted. They don’t want to change because you want them to change.” So if you apply the same principles of attention, affection, appreciation, and acceptance with adults, you might have “a shot,” he said.

The key here, Mr. Chopra added, is the “other person.” “Arguments are never won if the other person feels attacked or demeaned.”

Step 8: Be prepared to forgive

He cited a conversation he had with the Dalai Lama 20 years ago: “I asked him, ‘Are you mad at the Chinese?’” (As an aside, Mr. Chopra said: “They took over Tibet and the Dalai Lama is a refugee, along with all his monks. They don’t have a country. They are living in India and they are refugees. Any reasonable person would be mad.”)

Mr. Chopra remembered the Dalai Lama saying, “I’m not mad with the Chinese. I’m only mad with what they did. But they did what they did from their state of awareness and one day we’ll have a solution.”

You might not feel the other person in a disagreement deserves forgiveness, but consider it for the sake of your own peace. Forgiveness to Mr. Chopra doesn’t mean, “I’m lovey dovey, I hug you, I forgive you. You forgive me.” It means you’ve stopped judging someone’s past behaviour, he said. “It’s irrelevant. Let’s change the story.”

In Mr. Chopra’s mind, the world would be a happier place if everyone made a point of laughing more. (For him, this means going on YouTube and watching “Candid Camera” or putting on a Charlie Chaplin film.) It’s OK to bring humour into a tense conversation, as long as it isn’t cruel or demeaning. “Have you ever seen the current president laugh or crack a joke?” Mr. Chopra asked. “I don’t trust anyone who can’t laugh. So take a laugh.”

Pendulum 360° is an amazing, world class individual, client or company solution to enhance physical and mental well-being, performance with purpose, self leadership and a myriad of other personal and career skills. Pendulum 360° grants you access to past Pendulum Summit presentations, our world famous Pendulum Inspired Leadership Programme, over 20+ micro-learning courses covering everything from nutrition, fitness, and mindfulness to leadership, marketing, and networking, and access to an impressive library of 100+ Pendulum Summit presentations.